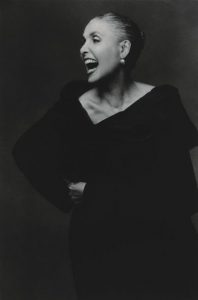 Happy Friday everyone! As Black History Month began on Tuesday, I thought this would be a great time to highlight singer, actress and civil rights activist, Lena Horne! Horne was born in Brooklyn, NY, on June 30, 1917 and was of African, European and Native American descent.

In 1933, at the age of 16, she began performing at the Cotton Club in order to support her mother. Here is where her music career commenced. From here she went on to perform on Broadway, beginning in the fall of 1934. She debuted in the production of Dance With Your Gods. In 1942, Lena moved to Los Angeles where she would go on to act in films including Cabin in the Sky (1943), Stormy Weather (1943), Meet Me in Las Vegas (1956), and The Wiz (1978), among others.

Throughout her career and life, Lena Horne fought against racism in America. During her career, Horne refused to play roles that stereotype African American women. Also, The Wiz was a film with an all African American cast, where Horne played Glinda. She also participated in Martin Luther King Jr’s March on Washington, in 1963. In addition to this, Horne crossed societal boundaries, towards a more equal future, as she performed at the Cotton Club, which was a white-dominated club. She also performed at the first racially integrated club in the US, Café Society, where other famous names, including Ella Fitzgerald and Nat King Cole, performed as well.

Lena Horne also earned several awards and achievements throughout her lifetime. She received a special achievement Tony Award and a Drama Critics’ Circle Award, both for Lena Horne: The Lady and Her Music (1981), her one-woman show. Furthermore, Horne earned the Kennedy Center honor for lifetime contribution to the arts in 1984. In 1989, she received a Grammy Award for lifetime achievement. On top of all this, her live record, Lena Horne At The Waldorf Astoria, became RCA’s best-selling album by a female artist.

Unfortunately, on May 9th of 2010, Lena Horne passed away. Although she is gone, her music and efforts for a more equal and just society still impact us today.