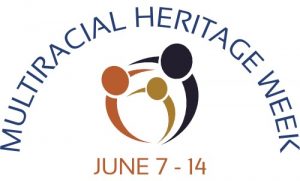 Multiracial Heritage Week (MHW) is a celebration for all people. It highlights our similarities, not our differences. It’s an opportunity for the multiracial community to get recognition from government officials at the state and local levels through the issuing of proclamations. It’s also a good reason for celebrations in all 50 states.

WHEN IS MULTIRACIAL HERITAGE WEEK?

MHW occurs every year from June 7 to June 14.

WHEN DID MHW START?

Since its inception in 2014, we have received state proclamations from Alabama, California, Florida, Georgia, Illinois, Massachusetts, Missouri, New Jersey, North Carolina, Tennessee, Texas, Washington, and Washington, DC. This year we also reached out to city mayors in addition to states. We held numerous celebrations and special events for the children throughout the United States because, at Project RACE, it’s about the kids! We gave them “skin tones of the world” multicultural crayons with paper plates to draw their own faces, also librarians and Project RACE members read them multiculturally-themed stories.

Thank you to everyone who helped make Multiracial Heritage Week a success again this year!

HOW DO I GET INVOLVED?

It’s so easy! The best way to get involved in MHW is to volunteer to write to the governor in your state. You can also write to the mayor of your city, but we prefer to have MHW on a state-wide basis.

Within a few weeks you will receive a customized letter with complete instructions on how to proceed. 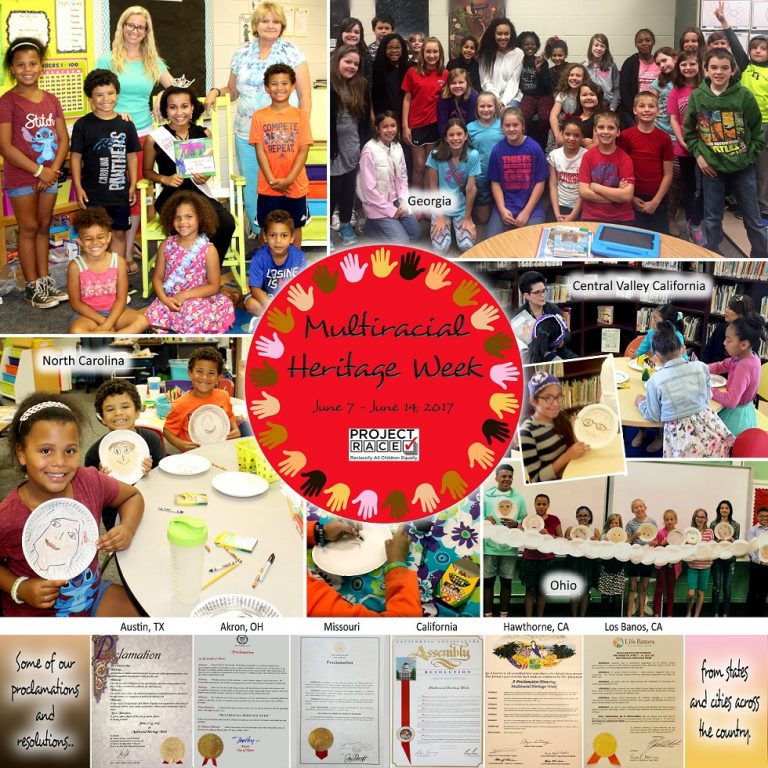