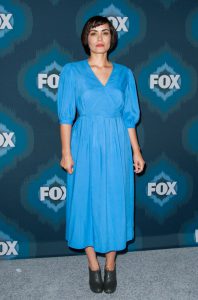 Happy Friday everyone! Today’s article will highlight the American musician, actor and director, Shannyn Sossamon. Shannyn was born October 3, 1978 in Honolulu, Hawaii. She is of Hawaiian-Filipina, Dutch, German, Irish, French, and English descent. She is known for her roles in 40 days and 40 Nights, A Knight’s Tale, and The Order.

When Sossamon was 17 and graduated from high school, she moved to L.A. to pursue dance. However, after casting director Francine Maisler found her, she was cast into A Knight’s Tale as Jocelyn. From here she has gone on to have roles in movies such as Our Family Wedding and The Holiday. However, in 2003, Shannyn decided to take some time off from movies as she became a mother to her first son and worked at a record store. But in fact, she credits motherhood to improving her acting skills. Besides a cameo in Law and Order during her break, she returned to the screen in 2005, and has been in several short films and movies since then.

In 2004, Sossamon became a founding member and the original drummer for the band Warpaint, along with her sister Jenny Lee Lidberg the bassist of the group, and two others. Later on in 2008, she left the band. Shannyn has also created The Maude Room. This project is several short films that she put together with her friends. She also wants to connect creative people and those who love films through a platform she created called Picture Show City.

Shannyn gave birth to another son in 2012. Fast forward to today, and you will see she will be starring in the Fox Drama The Cleaning Lady. Shannyn isn’t done yet!