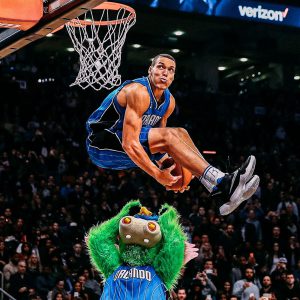 Happy Friday everyone! My name is Allan Rempel and today I will be writing about Aaron Gordon. Aaron Gordon is a professional NBA player, he plays for the Denver Nuggets.

Right now, Gordon is the president of the athlete acquisition for the sports psychology app, lucid, introduced to him by his mental skill coach, Graham Betchart. Lucid is a mental training app for athletes because “Elite athletes train their minds like their body.”

Aaron Gordan started playing in the NBA in 2019. Gordon had his first triple-double in the 2019-2020 season, he had 17 points, 11 rebounds, and 12 assists. Also, Gordon was the runner-up in the Slam Dunk Contest to Derrick Jones Jr.

Now Aaron Gordon is a player for the Denver Nuggets, I am excited about what he is going to be able to do with them!