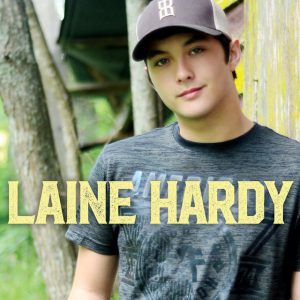 It’s Friday again, and if you love singing as much as I do, or at least enjoy listening to music, you may have watched an episode or two of the famous “American Idol”.  This season has a great pool of talent, but it got me thinking of the competition a few years ago.

Two years ago aMultiracial contestant, Laine Hardy, won American Idol!  Laine Hardy was born in Baton Rouge, Louisiana, to a mother of Asian descent and a white father.  He graduated from French Settlement High School in 2018.

When he was a kid, he took guitar lessons, and by 14 was playing in his family band “The Band Hardy”, at restaurants and bars.  Eventually, producers from “American Idol” found Laine on YouTube and asked him if he would audition for the 2018 season of the show.  Unfortunately he only made it to the top 50.  However, after accompanying his friend for their “American Idol” audition the following year, the judges asked him to re-audition, getting him his second golden ticket.  This time, he went all the way through, winning the competition!  During his time on the show, he sang songs including “Come Together” by the Beatles, “The Weight” originally sung by The Band, and “Johnny B. Goode” by Chuck Berry.

Since then, he has released multiple songs including “The Ground I Grew Up on”, “Let There Be Country”, and “Tiny Town”.  And all throughout his musical journey, Laine’s idol has been Elvis Presley.  Along with singing, Laine enjoys hunting, fishing and watching “Vampire Diaries”.  You can check out Laine Hardy on his social media accounts or website lainehardymusic.com, and listen to his country music on all streaming platforms!