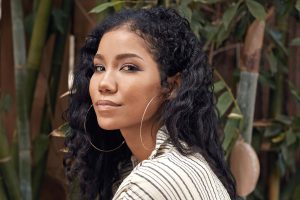 Jhene Aiko is a singer and songwriter who is recently coming off an impressive showing at the Grammy Awards this year.  With her 2020 album release of Chilombo, Jhene was able to garner three grammy nominations which included the highly coveted award for Album of the Year.  Jhene is a musical artist who is gaining more and more fans due to the appeal of her music.

These accomplishments come as no surprise considering Jhene has been influenced by the music industry due to her older sister Mila who is also a popular R&B singer.  Jhene, having been homeschooled her entire life in Los Angeles, had to wait until she finished her schooling before being able to embark on a singing career.

Jhene started her singing career by contributing her vocals for the R&B group B2K and appearing in their videos.  She also released her own studio albums, toured with the likes of Lauren Hill and worked with artists like Kanye West. Prior to her release of her highly successful third album Chilombo, Jhene had released two other albums with favorable reception.

As you listen to Jhene’s soulful voice and listen to her tracks, you will recognize nods to her Japanese, African American and Spanish heritage. With the recent showing at the Grammy’s this year, it is without question that we will continue to hear from Jhene and see her artistry continue to gain popularity.