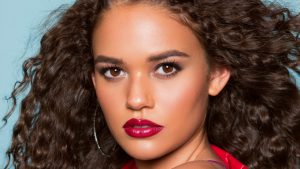 Madison Pettis was born on July 22nd, 1998, to her African American father, Steven Pettis and her French, Italian, and Irish descent Mother, Michelle Pettis. She is famously known for her roles as Sophie Martinez on Disney Channel’s Cory in the House, Peyton Kelly in the Game Plan, and as Allie Brooks in the Canadian television series Life with Boys.

Madison’s life full of success all started when her mother entered her into a magazine called FortWorthChild and from there she went onto modeling and acting in commercials. From there she began to star a handful of times on Barney and Friends and modeled with some famous celebrities like Cody Simpson and Alli Simpson.

The first major role Madison was granted was in the 2007 film The Game Plan which starred her as Dwayne Johnson’s long lost daughter in the Disney Channel movie. From that movie she received many other roles such as Corbin Bleu’s sister in the 2008 film Free Style, a role in A Muppets Christmas: Letters to Santa, and in both original and sequel Mostly Ghostly. After her success in many movies she went on to dominate television in her leading role as Sophie the President’s daughter  in Cory in the House where she was able to guest star in many other Disney shows as that character. As years went on she participated in Disney game shows, was a voice for many animated films, and even participated in Are You Smarter Than a 5th Grader?

Later on in her adolescence she went on to play a recurring role in Disney Channel’s XD Lab Rats in 2012, and in 2014, confirmed her role in The Fosters where she played on the show from 2015 to 2016. With all these amazing accomplishments in the film industry she has been honored for being the youngest entertainer invited to tour for the USO. In honor of her brother who is in the military, she has traveled the world to visit many military bases where speaks to inspire students of military families.