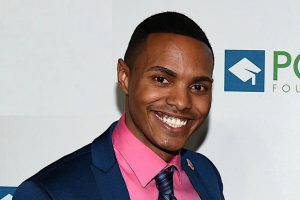 With the Presidential race still hanging in the balance, Tuesday’s election night had results that were historic regarding the election of new members to Congress. Ritchie Torres, a Bronx native, became the first openly gay Afro-Latino to serve as a member of Congress.

Torres’ was born in 1988 to a Puerto Rican father and an African American mother. He was raised by his mother in a housing project in the East Bronx. His aspirations of working in politics came early as he interned for the Mayor and Attorney General as a high school student. In his early twenties, Ritchie worked for councilman James Vacca and then soon became his housing director.  At the age of 25, he became the youngest city official of the 15th district of the New York City Council and also served as a Deputy Leader of the City Council.

Torres’ congressional district is the most impoverished district in the country. He is known for being an advocate for the marginalized in his district. His programs and initiatives address racially concentrated poverty, housing reform, wage protection, gun and gang violence and police reform.

In addition, Torres uses his platform and notoriety to address the needs of the LGBTQ community.  He established the first homeless shelter for LGBTQ youth in the Bronx and secured funds for senior centers to serve LGBTQ people in all five NYC’s boroughs.