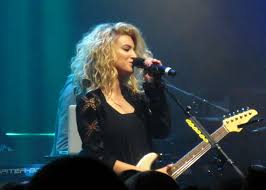 Happy Friday everyone!  This week’s Famous Friday is on American Singer-Songwriter Tori Kelly.  Kelly was born December 14, 1992, and is of Jamaican, Puerto Rican and Irish descent.  She currently lives in Wildomar, California and is married to André Murillo.

Kelly has been singing since she was three, learned how to play piano at 12, the guitar at 15, and by 16, the drums.  From a young age her musical talents were recognized.  From starting a Youtube Channel and posting a viral cover of “Thinking About You” by Frank Ocean (which currently has over 28 million views), to getting a record-label at age 12, to even participating in season 9 of American Idol.  She also won “America’s Most Talented Kids” in 2004.  More recently, she voice acted in the movie “Sing”.  There are many more amazing achievements and opportunities Tori has experienced throughout her career and life.

In 2013, Scooter Braun became Tori Kelly’s manager (also Justin Beiber’s long time-manager).  They are still working together today.  However, before, in 2012, Tory Kelly released her first EP called “Handmade Songs”.  In 2013, with Braun at this point, she released her second EP “Foreword”.  Finally in 2015, Kelly released her first album “Unbreakable Smile” with the song “Nobody Love” as her first appearance on the Hot 100 Billboard.  In 2018 she released her second album “Hiding Place”, winning two Grammy awards for best Gospel Performance and Song, and made its way to number 35 on the Billboard 200 chart.  Tori then went on to release, in 2019, her third album “Inspired By True Events”.  Lastly, earlier this year Kelly released her third EP “Solitude”.  She has also collaborated with many artists.

Kelly’s songs range from several topics and genres including the R&B song “Should’ve Been Us” about breakups, “Help Us to Love”, a gospel song about social justice, and one of her most recent- “Unbothered” about just feelin’ good!

From her amazing voice to her relatability, she is a great artist and is representing the multiracial community in the music industry… and has curly hair like me.  I definitely recommend her songs, go check out Tori Kelly and her music!