We’ve Got A Secret

We’ve Got A Secret 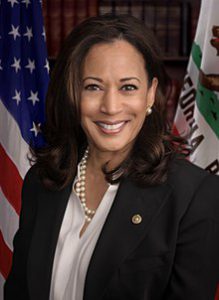 Congratulations to President-elect Joe Biden! Congratulations are also due to Kamala Harris, the first biracial person to be elected Vice-President. But hush. It is a secret apparently that Harris is biracial. CNN, The New York Times, and even NPR wrote this or something like it:

“Harris, 56, will bring a legion of firsts to the vice presidency: A daughter of immigrants from India and Jamaica, she will be the first woman, the first Black person, the first Indian American and the first Asian American to hold the office.”

What the media omits is that Kamala Harris is also technically biracial/multiracial because she is of two or more races. In this case, she is Indian, Asian, and Black. She says she is who she is and we don’t take issue with that, it’s just that racial identification can bring out lots of nomenclature.

The Vice-President Elect can be biracial, black, and Asian all at the same time. The chances of her ever self-identifying as biracial is almost nil—never going to happen. But will she ever acknowledge that a growing percentage of our population no longer complies with the “one-drop rule” that states if you have one drop of black blood, you are black?

The multiracial community will not help our Vice-President do away with legitimately biracial people. We will just spread her little secret.