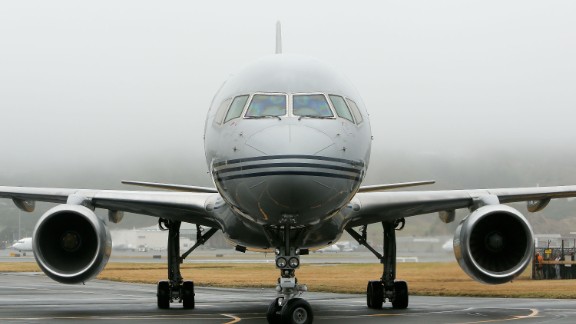 The NAACP is warning African-American travelers to be careful when they fly with American Airlines.

In an advisory late Tuesday, the organization said it has noticed “a pattern of disturbing incidents reported by African-American passengers, specific to American Airlines.”

The NAACP cited four examples of black passengers who it said were forced to give up their seats or were removed from flights.

It said the incidents “suggest a corporate culture of racial insensitivity and possible racial bias” and advised travelers to exercise caution.

“Booking and boarding flights on American Airlines could subject them [to] disrespectful, discriminatory or unsafe conditions,” the advisory said.

American Airlines (AAL) CEO Doug Parker said in a memo to staff that the company was “disappointed” to hear about the NAACP warning.

“We fly over borders, walls and stereotypes to connect people from different races, religions, nationalities, economic backgrounds and sexual orientations,” Parker wrote in the memo, which the company released to reporters. “We do not and will not tolerate discrimination of any kind.”

He said the airline has reached out to the NAACP to meet with them. NAACP President Derrick Johnson had called for a meeting with the airline’s leadership.

The NAACP warning referenced four examples, including one involving a black woman who was removed from a New York-bound flight after she complained that her seat was changed without her consent.

Though the woman was not identified by the NAACP, she spoke to CNNMoney about the incident.

That woman, Tamika Mallory, said she had gotten into a heated exchange earlier this month with a gate attendant at the Miami airport who she described as “very disrespectful” and “very dismissive.” Mallory said she told the attendant that she would file a report about the incident.

Mallory, a civil rights activist and the co-chair of the Women’s March on Washington, said the pilot of the aircraft, a white man, witnessed the end of the encounter and pulled her aside.

“The first words to come out the pilot’s mouth to me are, ‘Respect is a two-way street,'” she said, adding that he asked her whether she could behave herself on the flight.

Mallory said she told him there would be no issue and boarded the plane. She said she sat quietly for 10 minutes before being asked to get up and leave.

As she left, Mallory said, she saw the pilot again.

Mallory said she told an NAACP board member about the incident and tweeted details from her encounter with the pilot.

Since then, she said many people have told her their own stories about similar incidents.

“Some of them are actually friends of mine,” Mallory said. She added they “have felt that there is a level of aggression in terms of how people, particularly black women, are being handled on these flights.”

The NAACP listed the four examples but it did not provide the names of the passengers or say when the events are alleged to have taken place.

In one other case, the NAACP said a black woman and her baby were removed from a flight from Atlanta to New York after she asked for their stroller to be retrieved from checked baggage before she left the plane.

Another allegation described an incident involving a black woman who had booked first-class tickets for herself and a white companion. At the ticket counter, the black woman was moved to coach, while her traveling partner was allowed to stay in first class, the NAACP said.

And on a different occasion, on a flight from Washington, D.C., to Raleigh-Durham, North Carolina, a black man was forced to give up his seat after he “responded to disrespectful and discriminatory comments directed toward him by two unruly white passengers,” according to the NAACP.

American Airlines did not comment on the specific allegations.

Mallory said a meeting with American “is being worked on.” She added that she hopes the company can be a potential leader in addressing these issues.

“And I think that a statement is good. But if your personnel is not carrying out that vision, then there’s a problem. And there has to be accountability mechanisms in place to ensure that if we see a pattern, that we’ve got to address it.”

The NAACP is asking people who have concerns about their travel with American or other airlines to report their experiences to the organization.

Johnson said the NAACP’s “growing list of incidents … involves behavior that cannot be dismissed as normal or random.”

In August, the organization issued a travel advisory for Missouri, citing several discriminatory incidents in the state as reasons for individual visitors to travel with “extreme caution.”

It said at the time that the Missouri advisory was the first ever issued by the organization, at the state or national level.