The stem-cell struggle: Multiracial patients’ hunt for a match

The stem-cell struggle: Multiracial patients’ hunt for a match 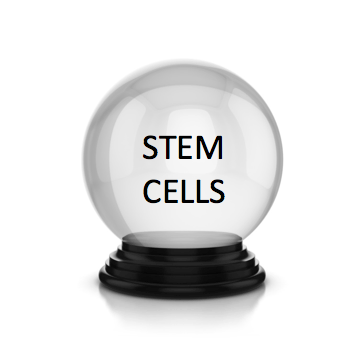 The Globe and Mail

Hundreds of Canadians are waiting for stem-cell transplants, but only half of them will find a donor, according to Canadian Blood Services. For multiracial patients, the chances of finding a match are infinitely smaller. As Vancouver filmmaker Jeff Chiba Stearns discovers in his new documentary Mixed Match, it is akin to finding a needle in a haystack or winning the lottery.

Stem cells, which are typically collected from blood or bone marrow, are cells that can develop into other types of blood cells, including the white blood cells that make up one’s immune system. For those with blood disorders and cancers, such as leukemia, a stem-cell transplant can be life-saving.

For Mixed Match, which is showing at the Toronto Reel Asian International Film Festival on Nov. 15, Chiba Stearns spent six years filming multiracial recipients, donors and families who’ve searched the world over for a match. The Globe spoke with Chiba Stearns about why patients’ chances of survival are linked to their lineage.

Why is it so hard for people of mixed race to find suitable donors?

A lot of people think of it as blood. You know, like, I have type O-negative blood. But this has to do with your genetic background, what you would call a “genetic twin.” Basically, when you’re trying to find your genetic twin, a lot of times, it’s someone who has similar ancestry, so someone who comes from the same place you came from because that would mean your immune systems would be very similar.

So, say, in Japan, which is a very homogeneous country, they have a very small pool of people in their registry, but you can still find a match most of the time. What happens when we start mixing is our genetics get a little more complex.

What happens when you receive a transplant from someone who isn’t a perfect match?

You’re taking a chance because people can develop what’s called graft-versus-host disease, which is when the body attacks it because you’re introducing a foreign substance. There are drugs that will help suppress that, but chances are that’s the next battle after, say, you’re rid of cancer. You need to hope the immune system you’ve received, just like any kind of organ, your body doesn’t reject.

Why do some people object to recruiting donors by specific ethnic groups?

When it comes to race and ethnicity, the idea of filling out the box and categories can be a little challenging to some people because maybe they don’t want to be labelled or put in boxes.

But at the same time, this is how we categorize people because we need to know, if I am part Japanese and part European, where do we need to start looking? Do we look in Japan’s registries? Do we look overseas?

And sometimes these categories may not be as accurate as people think because it’s self-identified race and identity. We don’t always know. Sometimes it opens up skeletons in the closet, like people may not have realized their great-grandma was Korean, for example, and nobody talked about that.

The idea of race in medicine is sometimes controversial because there have been drugs targeted specifically to African-Americans. Or when people say cystic fibrosis is mainly a “white people” disease, or certain types of diseases are more common in certain races, I think that’s when you get racial scholars coming up in arms because it’s dividing people by race.

It gets complicated, though. As you showed in your documentary, someone with Latino heritage might end up being a good match for someone who’s Asian.

This is why it’s tricky because we often say, if you’re Chinese, you need to find another Chinese donor. But there are rare cases, where, let’s say, an African-American person has donated to someone who’s Caucasian. It may not be a perfect match, and that’s probably what’s happening: These probably aren’t perfect matches.

That’s why I think we always encourage anybody and everyone to sign up. And because registries ask for self-identified race, sometimes you just don’t know whether there’s some kind of mixing in one’s heritage.

You spent some time with donors as well as recipients. What did you learn about what it’s like to give?

Alexandria Taylor, who’s in the film, was really keen on wanting to donate, which for us was kind of shocking because it’s a procedure, and she actually went through the whole bone-marrow harvest, rather than peripheral blood stem-cell collection, which is as easy as giving blood. I think it’s scary for a lot of people. But the whole time, she was so positive and excited to do it. She would do it again, as many times as she could. I think when you have someone who’s positive and goes through a positive experience with this, people feel more at ease and it becomes less scary.

In terms of what we learned from donors, you’ve given your life to someone but this person now carries your genetics. Part of you is in them. You’re going to feel this sense of connection to them. So when these donors are allowed to actually reach out and meet their recipients, there’s this really huge life-long bond that happens. They become family almost.

How might babies’ cord blood offer an alternative solution?

After children are born, you have this placenta and this umbilical cord that are filled with this life-rich cord blood that basically is medical waste. But you can harvest stem cells out of there and bank them.

Because it’s cord blood, there might be less chance of graft-versus-host disease because it’s basically brand new, so it has a chance to develop into your body. At the same time, some doctors are still a little bit on the fence about it right now. Some doctors really champion it, while others are like, “no, we don’t want to use it.” So I think it’s up to the patient to decide. If you don’t have any options, and cord blood is your only option, are you going to take that risk?

Like anything in medicine, it takes some time for the true tests to reveal themselves. But it gives hope where there wasn’t before.

What do you hope audiences will take away from this film?

At the end of the day, we want a film that’s inspiring and at the same time that educates. We’ve really enjoyed hearing people’s reactions after that they feel inspired, they feel like they want to help in any way that they can.

Some people have not even seen the film, but they saw the trailer years ago and signed up for the registry. And they’ve let us know they’ve since been called to donate. If one person is saved, then the six years it took to make this film will have been completely worth it.