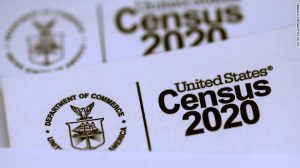 The Census Bureau has released its data from the 2020 Census on race and ethnicity. You have probably read the news stories or seen the videos on it. You can get more information at census.gov

I though it would serve our users to hit the highlights for you after looking over all the data. These are the important points:

I would like to thank the U.S Census Bureau for all their hard work on the 2020 Census, especially Nicholas Jones. They were also very consistent with their terminology, referring to the Multiracial category, the respectful and meaningful word for our population.