The Dangerous Standard for Black Beauty

The Dangerous Standard for Black Beauty

Editor’s Note: If you read this article, you will see that the article does not profess that multiracial or fairer skinned black women are or should be a true standard of beauty. The premise is quite contrary. It focuses on the serious error of societal colourism and the damage such erred thinking has on beautiful men, women and children of all shades, hues, ethnicities and races. Project RACE fully believes in and celebrates the beauty and value of all people. 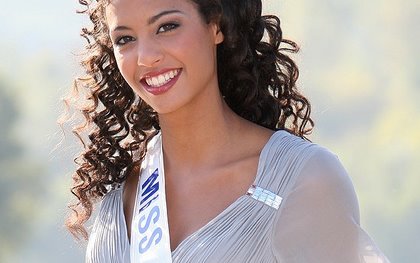 When it comes to black beauty, it would seem that lighter and whiter is still better

Two years ago, The National Geographic released pictures of what the the average American will look like in 2050. The pictures featured in the magazine’s 125-year issue were of an amalgamated mega-race. The people were mixed raced and unclassifiable. One of the main images was of a green-eyed woman of an unidentified race with not-quite-black skin and curly hair.

The issue was hailed as a triumph, with MIC calling it “beautiful”.

The question is: Are lighter-skinned, biracial-looking women being used as the standard for black beauty?

Dr Carolyn Hall, in a paper titled Palatable Blackness: An Examination of the Mediated Messages About Blackness As Seen in The Media presented at the Annual NCBS National Conference in 2014, talks about how black women in the media have been repackaged to look more racially ambiguous in an effort to make them seem more beautiful and desirable.

Hall says that: “Images of diasporic Africans seen in the media are usually mixed raced, racially unidentifiable or seen separately (ie, rarely do we see a black man coupled with a brown or dark-skinned black women on TV)”.

The danger of this is that these images are a form of propaganda that sends the message that blackness is not to be desired she says.

There is evidence to show that black women are sometimes whitewashed in mainstream media to make them appear lighter. In 2010, American Elle magazine was slated for lightening actress Gabourey Sedibe’s skin for its cover. Cosmetics company L’Oréal was also accused of lightening Beyoncé’s skin for its hair dye campaign in 2008.

The choice to have European-looking Zoe Saldana play Nina Simone in place of a broader-nosed, darker-skinned actress was seen as the most recent attempt to erase blackness in the media.  Despite the fact that Simone was a darker-skinned woman, Saldana, with her olive-hued skin and pointier nose was chosen, which lead to detractors arguing that Simone was being used as the standard for “acceptable blackness”.

Colourism is not only limited to media representation. The natural hair movement has also been called out for it’s lack of representation of black hair. The movement that’s supposed to support and uplift black women owning their blackness by wearing their natural hair has been accused of deifying hair with a looser curl texture over denser, more “kinky” hair types.

Earlier this month Pax Jones, the woman who launched the Unfair and Lovely campaign – a photo series aimed at combating the media underrepresentation, violence and dehuminisation of dark-skinned people – spoke out about the face of the black feminism being biracial and light skinned.

She cited light-skinned and biracial women like Zendaya Coleman and Amandla Stenberg being used as the champions of black feminism at the cost of darker-skinned black women.

Hall argues that the repackaging of black beauty causes women to desire whiteness or have a connection to it and causes damage to the how young people see themselves.