Thank you to the Washington Post for publishing a story on Kamala Harris that used the correct terminology of “multiracial.”

Will Kamala Harris’s multiracial background help or hurt in attracting voters?
Both, new research suggests. It depends on who’s looking. 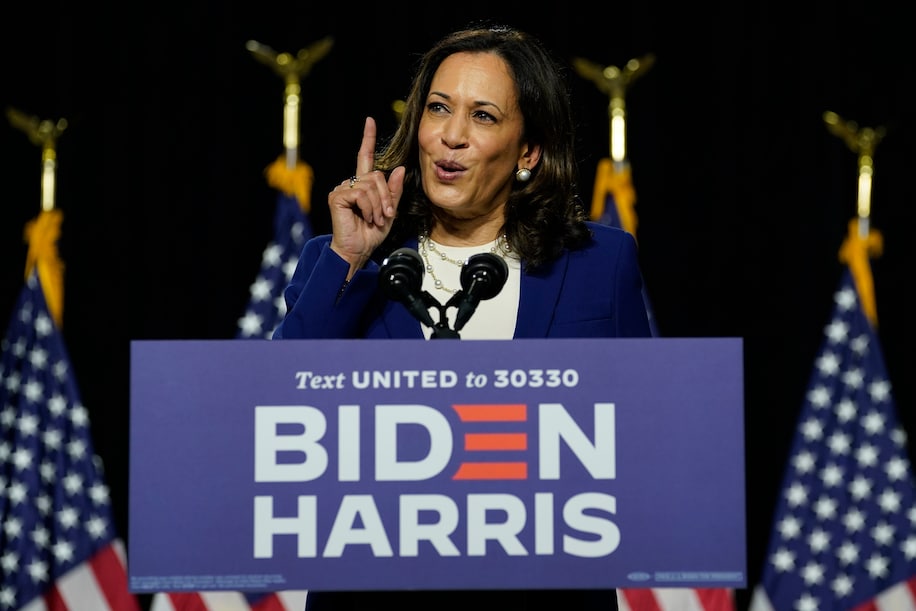 Presumptive Democratic presidential nominee Joe Biden announced on Tuesday that he had selected Sen. Kamala D. Harris (D-Calif.) as his running mate. Because Harris is the daughter of immigrants from Jamaica and India, in the coming months, people may refer to her as Black, Jamaican, Asian or South Asian American, Indian, biracial, multiracial or some combination of these.

With the United States undergoing demographic change, Harris’s many possible identifications are hardly unusual. An increasing number of people identify with two or more races on the U.S. Census. As many as 10 percent of newborn babies may be multiracial, according to the census. When parentage and grand-parentage are counted, about as much as 7 percent of the general population may be considered multiracial, too. Americans who identify as multiracial have a median age of about 20, suggesting that we will probably be seeing more Democratic multiracial candidates running for office in the future. Their backgrounds may be consequential for their politics.

In her memoir, Harris describes herself as having been raised as a Black woman. My research finds that multiracial candidates are often tasked with managing how others view their backgrounds and identities.

The United States has had people and political leaders with multiracial ancestry for many years. But U.S. society has become more willing to accept political candidates who showcase their multiracial backgrounds, as Barack Obama notably did.

Although many political scientists have conducted research on how voters respond to candidates assigned to a single racial category, we know fairly little about how voters evaluate candidates assigned to multiple categories. Multiracial people are often asked: What are you? In conducting my own research through interviews with state legislators, I learned that some multiracial politicians also face questions about their backgrounds and identities.

In 2016, I conducted a conjoint survey experiment on 786 Asian, Black, Hispanic and White American participants recruited in a convenience sample from the research firm Qualtrics. A conjoint survey experiment is a technique that allows researchers to assess which factors matter more than others. Each participant read a hypothetical scenario about 10 pairs of two candidates running for Congress. Each candidate was randomly assigned various characteristics in the categories of race, gender, political experience, partisanship, ideology and whether they were born in the United States. Candidates could be Asian, Black, Hispanic, White or a combination of two of those categories. Participants were asked to review each pair of candidates and choose whom they would vote for. The goal was to determine how voters use race to select whom they’ll vote for, even when they have other information about the candidate.

What explains these findings?

Without information about a candidate’s identity, actions on behalf of the group, or group connections, voters may withhold support from multiracial candidates because belonging to two racial categories does not clearly signal how much that candidate supports the group. Multiracial candidates are “only half.” As a result, voters may be more likely to prefer a single-race candidate from their group. At the same time, for outsiders, multiracial people are often fetishized as “exotic” and “beautiful.” Voters may view multiracial candidates with whom they do not share a race as exceptional representatives of their various racial parts — an interesting novelty.

Don’t miss anything! Sign up for TMC’s newsletter to read all our smart analysis.

What does this mean for Kamala Harris?

These findings suggest that Harris’s background may enable her to build coalitions between Black and Asian American voters, as well as with non-Black and non-Asian American voters. This may be especially true for Harris as a multiracial woman, if commentary becomes overly focused on how her looks derive from her multiracial background. While this research did not consider appearance, Harris may benefit from being a lighter-skinned Black woman with straight hair. To be sure, many observers have raised concerns about Harris’s record as a prosecutor, which might be particularly troubling for Black voters. A candidate’s identity is not the only thing that attracts or repels voters. Neither Black nor Asian American voters are monolithic<

Of course, this experiment did not model a presidential election that included a multiracial vice-presidential candidate. Nor was this a nationally representative sample, which offers more generalizable conclusions. November’s election offers Americans only four choices: casting a ballot for President Trump and Vice President Pence, for Biden and Harris, for a candidate who will not win or for no one at all. That’s quite different from any abstract experiment.

However, in a time when many are calling for communities of color to be more fully represented in all parts of American life, this research suggests that conversations about race and representation may be more fruitful when they take into account the real variety of Americans’ racial backgrounds.

Harris’s candidacy is an opportunity to do just that.

Correction: An earlier version of this article incorrectly named the research firm through which the sample was collected. The firm was Qualtrics.

Danielle Casarez Lemi (@D_Lemi) is a Tower Center Fellow at the John G. Tower Center for Political Studies at Southern Methodist University who studies race and representation in American politics.