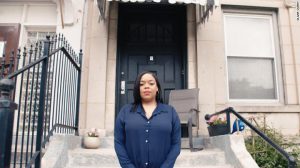 Gun violence prevention activist Kina Collins announced Tuesday that she is launching a new Democratic primary challenge to Rep. Danny Davis in Illinois’ 7th Congressional District. Representative Davis is no stranger to the Multiracial community. He testified AGAINST having a Multiracial classification before a congressional subcommittee in July of 1997. Project RACE representatives testified at the same hearing. My son Ryan, who was 12 years old at the time, testified as well.

Danny Davis was demeaning and hateful to my son. He kept asking him what kind of neighborhood he lived in and during a break, came up to him and said, “You look Black, son, so why don’t you just admit it?” Ryan self-identifies as Multiracial.

We are glad that there is opposition to Rep. Davis and hope he can be out of office soon.