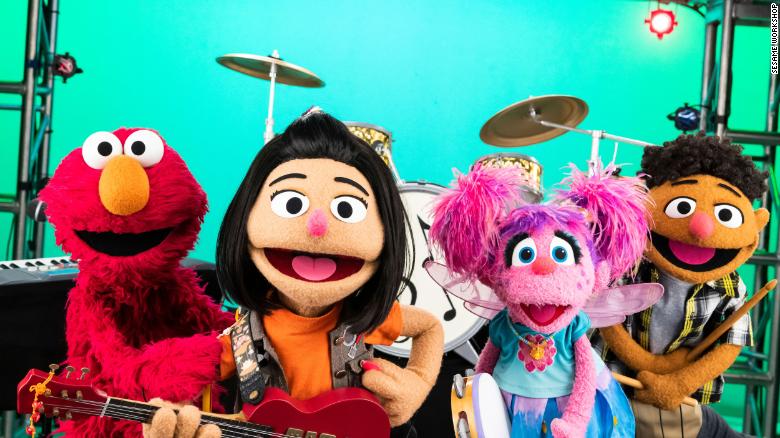 (CNN)“Sesame Street” is getting a new best friend.

Ji-Young, a 7-year-old Korean American character, will be a part of “See Us Coming Together: A Sesame Street Special.”
The show, set to air on Thanksgiving, celebrates “the rich diversity of Asian and Pacific Islander (API) communities as part of the organization’s ongoing racial justice initiative.”
“It’s a powerful thing when kids see people like themselves represented on screen and in stories — it supports them as they figure out who they are and who they want to be,” Alan Muraoka, a longtime “Sesame Street” cast member and co-director of “See Us Coming Together,” said in a statement. “We can’t wait for families to get to know Ji-Young — in this special and in future seasons of Sesame Street — and celebrate some of the Asian and Pacific Islander people in our neighborhood!”
The “Coming Together” initiative was “created to support families of all backgrounds through ongoing conversations about race” and the new special also will offer the opportunity to discuss anti-Asian racism.
“In an offscreen incident, another child tells Ji-Young to ‘go home.’ This is an example of one kind of discrimination Asian and Pacific Islander people face in western countries where they’re often perceived as ‘perpetual foreigners,'” according to a press release about the special. “After the incident, Ji-Young seeks out trusted grown-ups and friends who unite to help her know that she’s exactly where she belongs.”
There will be information located at sesame.org/seeus to facilitate the conversations between adults and children about some of the issues raised in the special.
“See Us Coming Together: A Sesame Street Special” will debut on Thanksgiving Day, Thursday, Nov. 25 on multiple platforms, including Cartoonito on HBO Max, PBS KIDS, and Sesame Street’s YouTube, Facebook, and Instagram channels.
HBO Max is owned by CNN’s parent company.
Susan Graham2021-11-15T16:33:39+00:00November 15th, 2021|