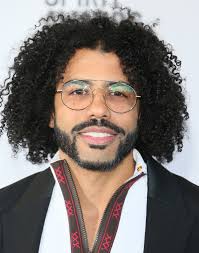 Daveed Diggs was born on January 24, 1982, to Barbara Diggs a Jewish social worker and Dountes Diggs an African-American bus driver. Daveed is famously known for his two original roles of Marquis de Lafayette and Thomas Jefferson in the Grammy and Tony award winning Broadway musical Hamilton.

Prior to his successful career, Daveed attended Berkeley High School. After graduating Daveed was recruited by Brown University for his track abilities, where he broke the school’s record in the 110-meter hurdles as a sophomore. In 2004, two years later, he graduated with a bachelor’s degree in theatre arts and began working as a substitute teacher.

To jump start his career, Daveed performed in experimental theater and even went on the national tour for Marc Bamuthi Joseph’s, Word Becomes Flesh, choreopoem. In 2012, Daveed was invited to partake in the early reading of Hamilton by Lin-Manuel Miranda. Due to Daveed’s love of hip-hop/rap music he became instantly impressed with the musical and its use of the rap-musical medium. Daveed took his off Broadway roles in Hamilton to Broadway in 2015. With his roles in Hamilton, Daveed earned many awards for his performance such as the 2016 Tony Award for Best Featured Actor in a Musical, along with a 2016 Grammy Award for the cast album.

As well as his success’ in Broadway, Daveed made many appearances on television such as recurring roles on Black-ish, The Get Down, and Unbreakable Kimmy Schmidt. Along with TV Daveed appeared in films such as Wonder, Zootopia, and Blindspotting. Daveed won his greatest reward by winning the hand of his long time girlfriend Emmy Raver-Lampman who also starred in Hamilton where they first met in 2015.