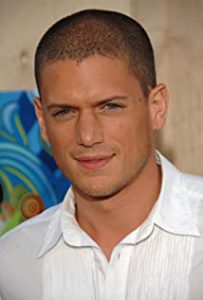 Wentworth moved to Los Angeles to pursue his acting career. He became a well known actor in America and Great Britain. Wentworth said that the road to becoming the actor that he is was extremely difficult, he said that there were, “a lot of upsets and a lot of failures and road blocks, but I couldn’t walk away from it. I needed it like I needed air.” Wentworth first appeared in the TV series “Buffy The Vampire Slayer” in 1998 as a student who turned into a sea monster.

The first time he was in a starring role was in 2002 in the Dinotopia miniseries as David Scott. He appeared in two Mariah Carey music videos as a party guest in “Its Like That” and as her love interest in “We Belong Together.” In 2014 Wentworth joined the cast of CW superhero series “The Flash” as Leonard Snart and Captain Cold. In 2016 he also wrote a screenplay for The Disappointments Room. Sadly it didn’t receive great reviews from critics but it is good to know that a great actor was able to put himself up to a difficult challenge and try to write out a new movie. Maybe his screenwriting career will follow a pathway to success as his acting career. We’ll just have to wait and see how it goes.