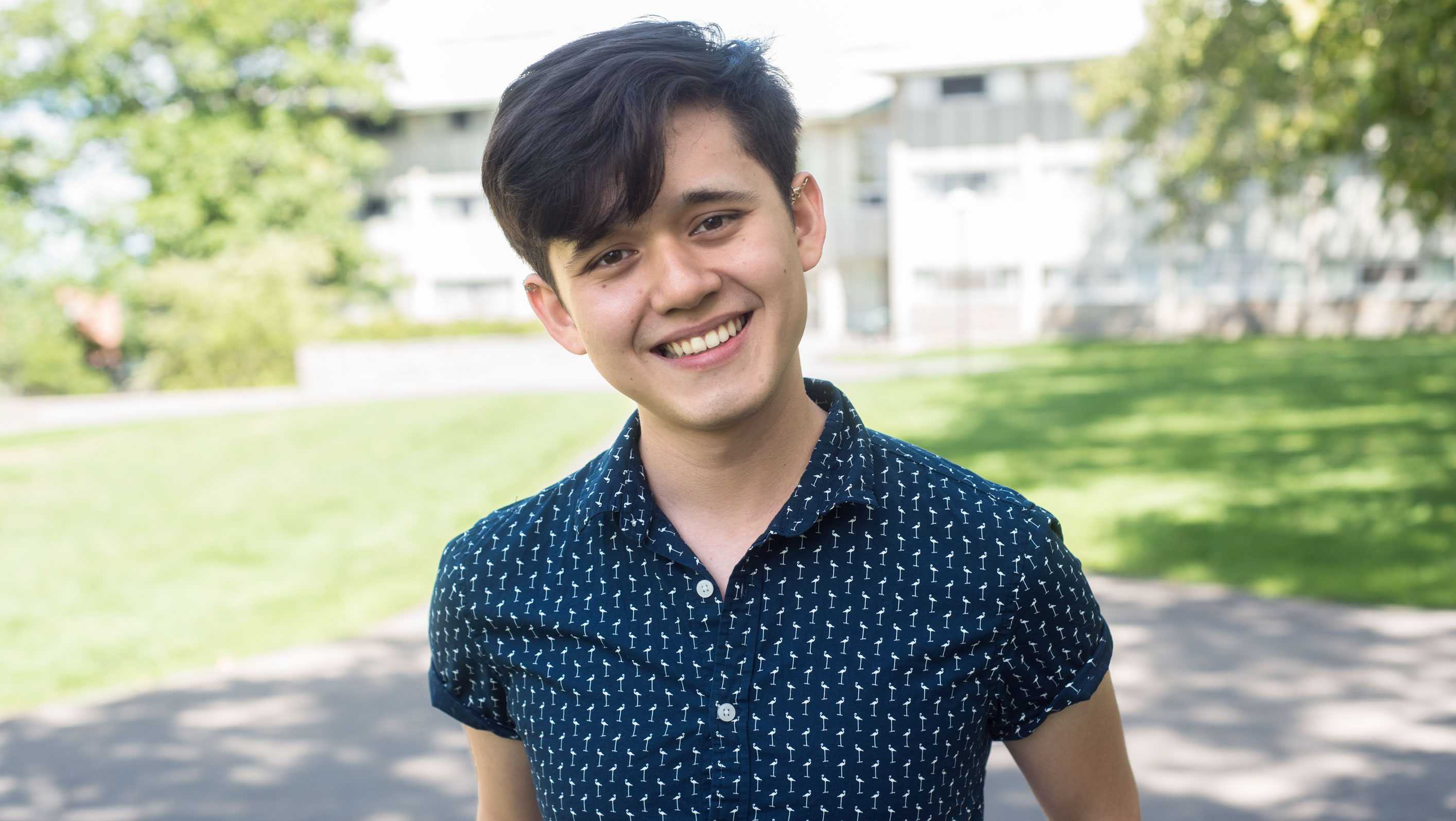 This semester, sophomore Walt Martzen plans to expand the conversation on mixed-race identities through a new student discussion group, IC Mixed. As a biracial student himself, Martzen created this group over the summer to bring students of mixed race together and educate other students about what it means to be biracial or multiracial.Though the group is not an official student organization recognized by the Office of Student Engagement and Multicultural Affairs, Martzen hopes the group will inspire an organic discussion about mixed-race identities beginning this semester.Opinion Editor Celisa Calacal spoke with Martzen about his inspiration behind creating the group, why it’s important to talk about mixed-race identities and his personal experiences as a biracial student.This interview has been edited for length and clarity.

Celisa Calacal: What inspired you to start this group?

Walt Martzen: I think one of the things that really got me thinking about how mixed people define themselves is when I went to ECAASU [East Coast Asian-American Student Union] last year with Asian-American Alliance. … There was a lot of good discussion that happened around talking about what it means to be Asian in that context and also what it means to be mixed. … It’s something that I struggled with at first and I didn’t realize, but I would call myself half-Chinese or half-white and that kind of language, I didn’t realize how it kind of isolated me. And so, I think from those conversations I kind of realized how important it is that, even while as mixed people, we are allies for different people, especially when maybe you look more white and people can’t tell you’re Asian or you look more like a certain race, and it’s important that we also take care of ourselves and that we look after our own health, and I think that’s one of the things that we want to do.

CC: Why do you think talking about biracial and multiracial identities is important?

WM: Because it’s not really talked about. One of the things that really strikes me in reading in media and politics is that people don’t seem to highlight that some people are mixed. And I’m not sure why, I want to maybe figure out why that is. But you know, for example, President Obama, people don’t say he’s the first mixed president, he’s the first black president, but he’s mixed and that’s something that doesn’t seem to be highlighted. … And in my mind, I feel like oftentimes it comes back to that kind of binary — the need to think in terms of binary. People want to be able to identify people by race, and mixed people come along and we’re like, ‘I’m sorry, it’s not that easy.’ And I think that’s one of the things that we want to try and talk about and see if there’s some way to define it or some way to step away from the need to define it or something like that.

CC: What are some misconceptions about being biracial or multiracial?

WM: I guess the notion that we’re half-something or half-that, or that being mixed or being biracial or multiracial is easier. I think, a lot of times, people talk about people who are mixed as, “Oh, you’re so lucky.” And in a lot of senses, I will say, you know, I think I’m super privileged and super lucky that I’m mixed and I get to have my feet in two very different worlds, two very opposite continents. But at the same time, it’s a struggle. … To find community as a mixed person, and you try and fit yourself into different communities and be a part of that but sometimes you’re not fully seen as part of that community, and that’s something that I think personally — I can’t speak for all mixed people — but personally, it’s sometimes a struggle to be identified as much as you identify.

CC: How have your personal experiences been impacted by the fact that you are biracial?

WM: There have been times where I’ve been mistaken as somebody other than my parents’ child, like there was once where … it was mistaken that my mom was my nanny, which was really terrible. … And then there’s other times where people know you’re mixed, and then people are like, “Wow, that’s so cool, you’re mixed.” … And I don’t know, there’s just a different kind of feeling when some people … just think it’s cool. They tokenize it. They don’t really want to know any details about that, and they will just say that’s cool and then that’s it. … They’re not willing to expand their knowledge about what it means to be mixed because for the most part, if you’re not mixed, how can you know what that’s like? And I think it’s just sometimes being seen as this exotic, tokenized, super pretty bird or something, and it’s kind of a compliment. … People are always saying if you’re mixed, you’re super attractive and stuff. … But I think it becomes this big umbrella thing; it’s like saying all Asians are hot. … These ‘all’ statements, they sound like compliments, but they’re actually harmful because they set an expectation, a stereotype that, if ever it’s not met, it’s like you’re not really mixed.

CC: What do you hope to accomplish?

WM: I mean, I definitely have ideas about what I would love to do from this. I’m a theater major, and I’m an anthropology major. I love the possibility of planning performative qualities to take out of this. Through the group, we might like to do theater games. I just love to use those because I think they’re great for helping us have these conversations. But like I said earlier, although I have these ideas that I would love to happen, I really just want to see what everyone else wants to do. The main thing is, if I were to define what I want to get out of this, is that I want us to cultivate a stronger community as mixed people. I want there to be a place for mixed people to come and be able to talk about things and feel like their identity as mixed — we are not just allies, we are also people, and we have our own complex identities that need to be explored and we need to have a space to explore that. The second thing I guess is education for people who are around us who are not mixed. It’s just a great opportunity for us to be able to share that and be a part of the larger discussion that happens on campus about race and just talking about, “How can you define race?” I think mixed people have a lot to bring to that conversation.