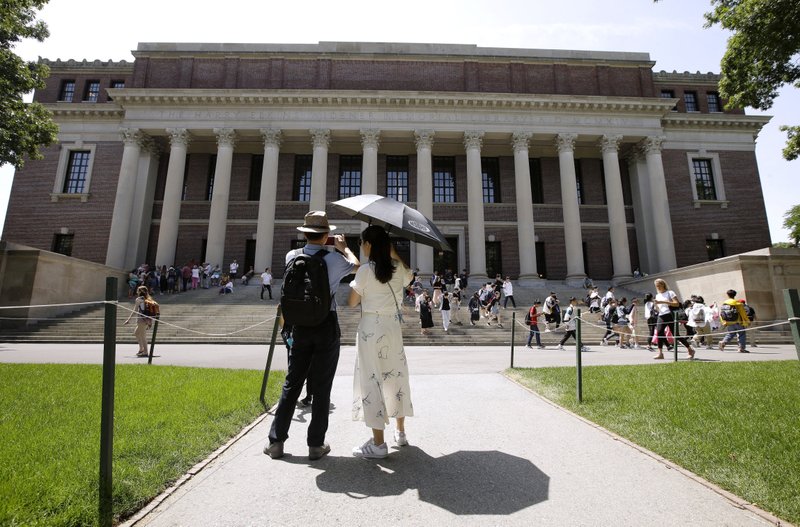 FILE – In this July 16, 2019, file photo, people stop to record images of Widener Library on the campus of Harvard University in Cambridge, Mass. U.S. District Judge Allison D. Burroughs ruled, Tuesday, Oct. 1, 2019, that Harvard does not discriminate against Asian Americans in its admissions process. The judge issued the ruling in a 2014 lawsuit that alleged Harvard holds Asian American applicants to a higher standard than students of other races. Burroughs said Harvard’s admissions process is not perfect but passes constitutional muster. (AP Photo/Steven Senne, File)

BOSTON (AP) — A federal judge Tuesday cleared Harvard University of discriminating against Asian American applicants in a ruling that was seen as a major victory for supporters of affirmative action in college admissions across the U.S.

In a closely watched lawsuit that had raised fears about the future of affirmative action, a group called Students for Fair Admissions accused the Ivy League college of deliberately — and illegally — holding down the number of Asian Americans accepted in order to preserve a certain racial balance on campus.

U.S. District Judge Allison D. Burroughs, however, ruled that Harvard’s admissions process is “not perfect” but passes constitutional muster. She said there is “no evidence of any racial animus whatsoever” and no evidence that any admission decision was “negatively affected by Asian American identity.”