Tanya Katerí Hernández writes: The presence of fluid mixed-race racial identities within allegations of employment discrimination leads some legal commentators to conclude that civil rights laws are in urgent need of reform. 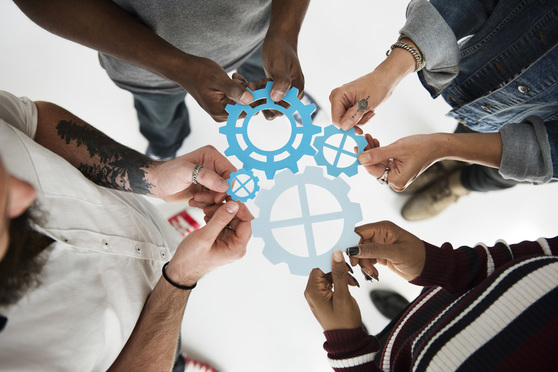 With the growth of a mixed-race population in the United States that identifies itself as “multiracial,” legal commentators have begun to raise concerns about how employment discrimination law responds to the claims of multiracial plaintiffs. The U.S. Census Bureau began permitting respondents to simultaneously select multiple racial categories to designate their multiracial backgrounds with the 2000 Census. With the release of data for both the 2000 and 2010 census years much media attention has followed the fact that first 2.4 percent then 2.9 percent of the population selected two or more races. The Census Bureau projects that the self-identified multiracial population will triple by 2060. Yet mixed-race peoples are not new. Demographer Ann Morning notes that their early presence in North America was noted in colonial records as early as the 1630s.

However, the presence of fluid mixed-race racial identities within allegations of employment discrimination leads some legal commentators to conclude that civil rights laws are in urgent need of reform because they were built upon a strictly binary foundation of blackness and whiteness. Building upon the social movement for recognition of multiracial identity on the census and generally, these commentators conclude that courts misunderstand the nature of discrimination against mixed-race persons when they do not specifically acknowledge the distinctiveness of their multiracial identity. Even U.S. Supreme Court litigation has begun to associate the growth of multiracial identity with the obsolescence of civil rights policies. Particularly worrisome has been the judicial suggestion that the growth of multiracial identity undercuts the legitimacy of affirmative action policies that have long sought to pursue racial equality.

The supposition that the multiracial experience of discrimination is exceptional, and not well understood or handled by present anti-discrimination law, is evident in the publications of multiracial-identity scholars like Ken Nakasu Davison, Leora Eisenstadt, Tina Fernandes, Nancy Leong, Camille Gear Rich, and Scot Rives. I coin the term “multiracial-identity scholars” to refer to authors whose scholarship promotes the recognition of the distinct challenges that multiracial identity now presumably presents for civil rights law.

The crux of the multiracial-identity scholar critique of the emerging cases is that courts often reframe multiracial plaintiffs’ self-identities by describing mixed-race plaintiffs as “monoracial” minority individuals.  Specifically, in many cases, judges refer to mixed-race complainants as solely African American or black. These scholars take issue with this characterization, arguing it hinders the recognition of the racial discrimination that multiracial individuals experience. This essay disputes that premise because the cases themselves illuminate the disjuncture between the theoretical critique they make and the actual adequacy of the judicial administration of the claims.

A close examination of such claims indicates that in an overwhelming number of the cases scholars rely on, the facts present a complainant whose description of the alleged discrimination includes pointed, derogatory comments about non-whiteness and blackness in particular. The overarching commonality in the cases is the exceptionalism of blackness and non-whiteness, rather than multiraciality, as subject to victimization. Although the plaintiffs may personally identify as multiracial persons, they present allegations of public discrimination rooted in a specific non-whiteness and often black bias that is not novel or particular to mixed-race persons, nor especially difficult for judges to understand. For instance, the employment discrimination case of Marlon Hattimore in Richmond v. General Nutrition Centers, No. 08 Civ. 3577(LTS)(HBP), 2011 WL 2493527 (S.D.N.Y. June 22, 2011), presents a paradigmatic illustration of the adequacy of current law to address the racial discrimination that multiracial-identified persons encounter.

Hattimore then decided to join three other GNC employees in filing a joint lawsuit for racial discrimination. Hattimore’s three co-claimants identified as black men from Jamaica and Ghana respectively. GNC requested that the claims be dismissed outright on a motion for summary judgment. The court denied GNC’s petition to have the disparate pay and discriminatory termination claims dismissed.  Here the judge denied the motion due to evidence in the record of unequal pay and the existence of a factual dispute as to whether the claimant was officially terminated. With the denial of the employer’s motion for summary judgment, the parties entered into a favorable settlement for Hattimore. Simply having a racial discrimination case “survive” employer requests for dismissal before a trial is scheduled is a victory in of itself given the phenomenon of disproportionate early dismissal of vast numbers of racial discrimination cases across the country.

Nevertheless, the significance of this legal victory for Hattimore is lost in the multiracial-identity scholar concern with the lack of a judicial elaboration of mixed-race identity.  For the multiracial-identity scholars, Hattimore’s case represents yet another court again treating a biracial claimant with African ancestry as solely black. However, the court’s references to Hattimore as being in the targeted group of blacks correlated with Hattimore’s claim of being treated poorly because of his black ancestry, not because he is racially mixed. In fact, his biracial status was at times a mitigating factor in the discrimination against workers the regional manager identified as solely “black.” More importantly, it was a workplace where “whiteness” was rewarded and blackness was ultimately penalized in whatever proportion it represented in an employee’s ancestry. In turn, the court focused on the salience of blackness that the claimant himself articulated and viewed the claimant’s allegations as warranting further judicial inquiry. The court treated his discrimination claim with respect and Hattimore was able to resolve the dispute directly with an out-of-court settlement. Multiracial-identity scholars do not articulate how Hattimore’s case would have benefitted from the court focusing on Hattimore’s personal identity as biracial when his allegations were rooted in the anti-black bias that he and other employees experienced.

The case then is inappropriately labeled by multiracial-identity scholars as illustrating a judicial confusion about the nature of multiracial discrimination or the inadequacy of the existing antidiscrimination legal framework. Instead, the case demonstrates the coherence of judicially focusing on blackness when the claimant articulates a factual pattern enmeshed in anti-black bias. Like Hattimore’s case the vast majority of multiracial stories of discrimination entail allegations of non-white or specifically anti-black bias rather than prejudice rooted in hostility towards racial mixture itself.

In short, the increase in the number of individuals identifying as mixed-race or multiracial does not present unique challenges to the pursuit of equality inasmuch as the cases are mired in a long existing morass of bias against non-whiteness and its intimate connection to white privilege. Well-meaning but misplaced critiques of how multiracial claims are processed should not serve as a basis for questioning the formulation of traditional employment discrimination law. Rather than point to a need for a shift away from the existing civil rights laws, the cases instead indicate the need for further support of the current structures. The multiracial discrimination cases highlight the continued need for attention to white supremacy and for fortifying the focus of civil rights law on racial privilege and the lingering legacy of bias against non-whites. Multiracial persons and all other victims of discrimination are better served when judges hone in on the direct source of discrimination. Our current climate needs such judicial clarity now more than ever.

Tanya Katerí Hernández is the Archibald R. Murray Professor of Law at Fordham Law School and author of a forthcoming book from NYU Press called “Multiracials and Civil Rights: Mixed-Race Stories of Discrimination.”