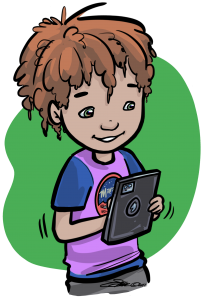 the 1990s, the Office of Management and Budget (OMB) put out a

notice asking for public comment on the changes to racial andethnic reporting. They received over 600 letters from people likeyou who wanted to see some changes in Multiracial reporting.That was considered a very influential number ofresponses at the time.

Now the Census Bureau is asking for comments forthe 2030 census. The more, the better! We each needto write letters to the Census Bureau. The deadlinefor letters is November 15, 2022, but the sooner, thebetter. The time has come for all the Multiracialactivists and advocates to give our input to theCensus Bureau.

You can write a personal story if you’d like to or justsend in our sample letter below or combine the two.They are looking for comments on every race andethnicity, so feel free to write about any of the races. Wedid not get everything we wanted beginning with the 2000census, so now is the time to write to influence the 2030 census.We are stakeholders and advocates and deserve to be heard. You can get further information athttps://www.census.gov/programs-surveys/decennial-census/decade/2030/2030-census-main.htmlWhen you have written your letter, email it to: DCMD.2030.Research@census.gov and include“FRN Response” in the subject line. Please contact Project RACE atprojectrace@projectrace.com if you have any questions. We would also love to see your lettersby including Project RACE at projectrace@projectrace.com as a BCC contact on your email.Thank you for your participation in this important matter.

It is my understanding that you are soliciting comments from the public regarding race andethnicity on the 2030 census. I consider myself a stakeholder in the census and would like to seesome necessary changes to the United States Census.

Although we now can choose two or more races, we still do not have a true Multiracial category.An answer along with the other races should be included, which is “Multiracial: Write in two ormore races.” Words are important. Self-identification on the 2030 census was an improvement,but the Multiracial population is not always certain of the place they belong on the census.The instructions should be changed to make them more understandable. Instead of this: Mark (X)one or more boxes AND print origins, they should read:Mark (X) one or more boxes. Biracial and Multiracial people can mark (X) as many boxesas necessary AND print origins.

This improvement would not disturb any comparisons to previous census numbers and wouldalso lessen the number of people who just skip to “Some other race,” which has become acatchall category. It is extremely important to Biracial and Multiracial individuals that we clearlysee the words Biracial and/or Multiracial being used. Thank you.Sincerely,