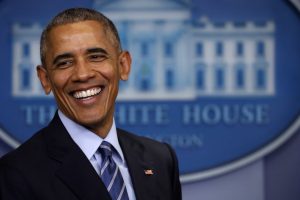 Steele has been removed from air following comments made during a September 29 podcast episode of “Uncut With Jay Cutler.”

In a statement to CNN, Steele said: “I know my recent comments created controversy for the company, and I apologize. We are in the midst of an extremely challenging time that impacts all of us, and it’s more critical than ever that we communicate constructively and thoughtfully.”

Steele, who is Multiracial, decided that the former president was wrong to have chosen the Black box on the U.S. Census in 2020. Who is she to decide the race of anyone but herself?

“I’m like, ‘Well, congratulations to the president.’ That’s his thing. I think that’s fascinating considering his Black dad was nowhere to be found, but his White mom and grandma raised him, but hey, you do you. I’m going to do me,” Steele said.

Obama could have chosen any race(s) he wanted, and it should have been just fine. At Project RACE, we don’t tell people what race to choose, but we would like them to be given the ability to choose more than one race on all forms.