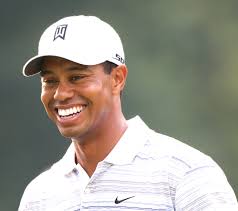 This is my opinion on Terence Moore’s CNN opinion piece carried by CNN. Moore is an Atlanta-based sports columnist and commentator. He should stick to sports and less time on racial identity. -Susan Graham

I just read the article called “What Tiger Woods means to Black America” on CNN, which may not be responsible for Moore’s content, but certainly gave him a national platform in which to spew misinformation and some weird self-importance about picking Tiger’s race.

Tiger Woods is multiracial. He actually calls himself “Cablinasian,” which is a word he made for himself because there was no specific word for someone who is four races. But there is: multiracial. Moore wrote this: “Nevertheless, Tiger Woods is ours. For many African Americans, he’ll remain an icon forever, no matter his personal struggles or political choices.” Moore then declared on Oprah Winfrey’s show: “Tiger you’re Black, period.”

Let that sink in a minute. Tiger, you’re Black, period. Who is this sportswriter and what gives him the right to declare anyone’s race other than his own? In 1997 the Office of Management and Budget (OMB) declared that people must choose their own race(s). No one can do it for them. It’s called self-identification.

Moore briefly mentioned the “one-drop rule” that existed in the early 20th century, that stated if you have one drop of black blood, you are Black. People like Moore are just fine with that. The multiracial community is not. If anything, Woods is ours. Because of the way he self-identifies, not the way some jock in Atlanta says he is.

We have to stop sitting still for what was popularized in the early 1900s and yell out like other communities, “Tiger? He’s still ours.”