American businesses rely on data from the census. Please don’t ruin it by adding a citizenship question. 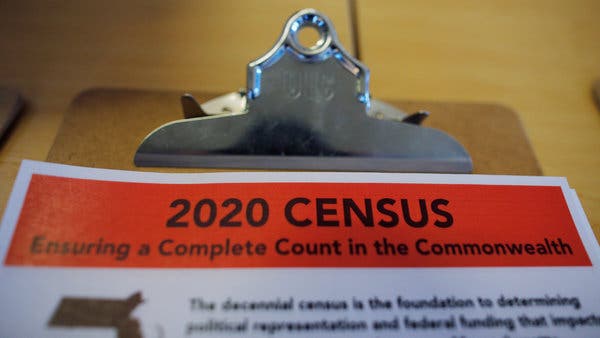 A coalition of more than 30 states, cities and counties, led by New York State, recently won a lawsuit in the Southern District of New York challenging a decision by the Commerce Department to add a citizenship question to the 2020 census. The Department of Commerce appealed, and the case is scheduled to be argued at the Supreme Court on April 23.

The plaintiffs argued that participation in the census will be depressed by the addition of the new question, causing a significant undercount. If the government is successful in adding the citizenship question, the census will yield flawed data. This has significant consequences for American businesses, which rely heavily on census data and on the accurate reporting of consumer behavior to make their most critical business decisions.

A citizenship question will pollute a data set that is foundational for businesses all over the country. The Supreme Court has previously recognized that the census serves as a “linchpin of the federal statistical system by collecting data on the characteristics of individuals, households, and housing units throughout the country.” Presidents from both political parties have recognized that the private sector, like the government, uses the wealth of information generated by the census to make critical business decisions.

My company, Nielsen, believes that American businesses’ reliance on this data cannot be overstated. As soon as the decennial census data is available, for example, we revise our ranking of the top media markets in the United States, by population. This “designated market area” list is always eagerly anticipated by our clients, and it has a direct impact on how advertisers spend their money.

The advertising industry and many other businesses depend on census data to make strategic and operations decisions, as they plan what to make, who to make it for, where to market it, where to sell it and how to adapt to the nation’s changing demographics. Banks and financial institutions, for example, use census information to create financial products for certain segments of the population. Utility companies use it to decide on the location of cell towers and new power lines. Health care companies also need an intimate understanding of the demographic makeup of different markets when they consider whether to open or close a hospital or an urgent care facility. Retailers, manufacturers and businesses of all types need accurate population data to decide where to locate manufacturing plants, distribution centers, or brick-and-mortar stores.

The economic impact of these decisions is enormous. Millions, and sometimes billions, of dollars — not to mention thousands of jobs — are at stake, so it is crucial that they be based on the highest quality data.

In the era of big data, an accurate census is more critical than ever. We know that big data sets have inherent structural biases, and those biases require calibration to a “truth set,” which in almost all cases is benchmarked to the census. Even a small error in the census can be amplified over and over again as the data is used in new and ever evolving ways. The last thing that business needs is for the next 10 years of data to be built on a faulty foundation.

This truth set is more critical now than it has ever been before, as business reflects a changing America. In 2044, white Americans will be a minority. We know that because prior decennial census data has told us so. At that time, Hispanics will constitute 25 percent of the population; African-Americans, 12.7 percent; Asians, 7.9 percent; and multiracial people, 3.7 percent. American businesses are already adapting to this evolving customer base, but they require the best possible data to do so.

My company and our peers in the advertising industry have, collectively, more than 100 years of experience with data, and we believe that including this question will result in an inaccurate census that will lead to flawed business decisions. You can count on it.

David Kenny is the chief executive of Nielsen.