Project RACE was founded by Susan Graham and Chris Ashe as a non-profit 501 (c) (3) Georgia corporation in 1991. We are a national organization with headquarters in California. Both Susan and Chris had Multiracial children and were experiencing the same problems with forms that did not allow an option of choosing more then one race or a Multiracial classification.

Multiracial people should have the option of listing their entire heritage on forms. The word “Multiracial” is important so that children have an identity, a correct terminology for who they are. Without proper racial and ethnic classifications, Multiracial people are “invisible” in the health care system. Even though our efforts resulted in the ability to check more than one race on the census and other government forms, we are still referred to as “people who check two or more races.”

In June of 1993, Project RACE representatives testified before the Congressional Subcommittee on Census and Population. As a result, we represented the Multiracial community at a meeting of federal government agencies at the National Academy of Sciences in Washington.

The Office of Management and Budget rejected the terminology of “Multiracial,” but allowed the checking of more than one box on governmental agency forms and census forms. Therefore, Multiracial people are called “people who check two or more races” by our United States government.

This has caused much confusion with government agencies. The United States Department of Education issued an 80-page book in 2009 called “Managing an Identity Crisis: Forum Guide to Implementing New Federal Race and Ethnicity Categories.” It is 80 pages of confusing government-speak that contradicts itself throughout.

Project RACE immediately began advocating for wording in the race instructions on school forms to include the wording:

If your child is Multiracial, you may select two or more races.

The Superintendent of Public Instruction for California schools has accepted and endorsed this wording. We continue to be vocal advocates for positive changes for Multiracial people in government, employment, and healthcare. We have members in all 50 states and many international members. We have a 30-year history of successful advocacy. As the fastest growing population in the United States, our advocacy on behalf of Multiracial people is still as important today as it was 30 years ago. 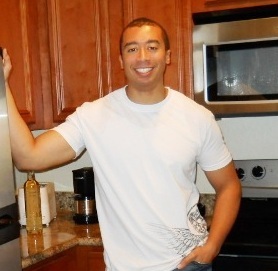 Ryan Graham announced the formation of Teen Project RACE in May, 1999. Ryan had co-founded Project RACE with his mother in 1991. He had testified twice (1993 and 1997) in Washington about the need for a Multiracial classification.

After he was profiled in the May, 1999 issue of Teen People Magazine and interviewed on Nick News, Ryan received a tremendous amount of mail from teens asking how they could help get an official Multiracial classification. He spoke to groups about race and accompanied his mother at meetings and legislative hearings. An honor roll student throughout high school, Ryan remained the president of Teen Project RACE and took the organization to national prominence until he began college at the University of Florida.

In 2006 the leadership of Project RACE announced that Kayci Baldwin had been selected as the new president of Teen Project RACE. Kayci is the Multiracial daughter of Keith and Kelly Baldwin and sister of Kendall and Karson of Monmouth County, New Jersey. Kayci was chosen from candidates in three countries.

Kayci Baldwin, an accomplished scholar was selected as a 2006 Jack Kent Cooke Young Scholar. She has won several national essay contests. She was awarded the 2009 Princeton Prize in Race Relations, which was created to identify and commend young people who are working to increase understanding and mutual respect among all races. Kayci was selected as a result of her work with Teen Project RACE, her leadership of her school’s Multicultural Club, an in-depth mentorship project on Multiracials in Medical Research and her five week voyage exploring post-apartheid South Africa.

Kayci held critical bone marrow donor drives, started a Teen Project RACE panel, created a Facebook page for teens, and was a wonderful asset for Project RACE. She served as president until 2010 when she began college at Harvard University.

We did not have to go far to find the perfect new Teen Project RACE president, Kendall Baldwin, sister of past-president Kayci. Kendall took over the organization in July 2010 when she was 16-years-old and a junior at the Academy of Allied Health and Science, which is an admissions-based career academy for high-achieving students interested in medicine. Kendall would like to become a medical doctor. She is also a varsity track and field athlete who has competed on a national level.

Kendall Baldwin was awarded the 2011 Princeton Prize in Race Relations. She was selected because of the work she does to promote civil rights with the Monmouth County Human Relations Commission in her school district and for her leadership role for Teen Project RACE. She was also chosen for her involvement monitoring youth from diverse populations for HOPE Youth Corps and teaching at camps in the Dominican Republic. Project RACE and Teen Project RACE are focusing our efforts on advocacy and medical issues of Multiracial children, teens, and adults, and we are very excited about the knowledge Kendall brings to medical matters. 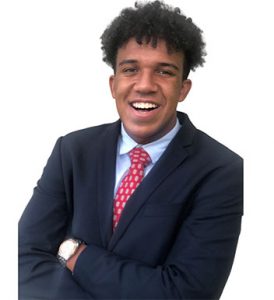 As the younger brother of two former Project RACE Teens Presidents, Karson Baldwin grew up with Project RACE. At 10 years old he founded our Project RACE Kids division and launched the Project RACE Kids Club. Soon after, Karson helped begin Multiracial Heritage Week, which has now been supported by official proclamations from Governors of 17 U.S. States.

Now a senior at University School in Cleveland, Ohio Karson has served as President of our teen division and managed our youth leadership team for four years. A straight-A student, Karson serves in many leadership roles in his school and community. He is captain of his high school football team, serves on the National Youth Advisory Council for the international charity HOPE worldwide, and is as a GOODdler intern with the United Nations Compact for Young People in Humanitarian Action, bringing a youth voice to humanitarian issues facing our world. Karson is the founder of Oné Respé, a program for immigrant and refugee students at Cleveland’s International Newcomers Academy and American-born students from other local schools that aims to achieve mutual integration through language acquisition and friendship. He’s the recipient of the Scovil Award and the Evarts Cup, each given to the student that best embodies the school’s motto, “Responsibility, Loyalty and Consideration”, as well as three Gold Aurelian Awards for Service. He is the recipient of numerous national awards including the Semper Fidelis All-American, the Yale Basset Award for Community Engagement and the Princeton Prize in Race Relations.